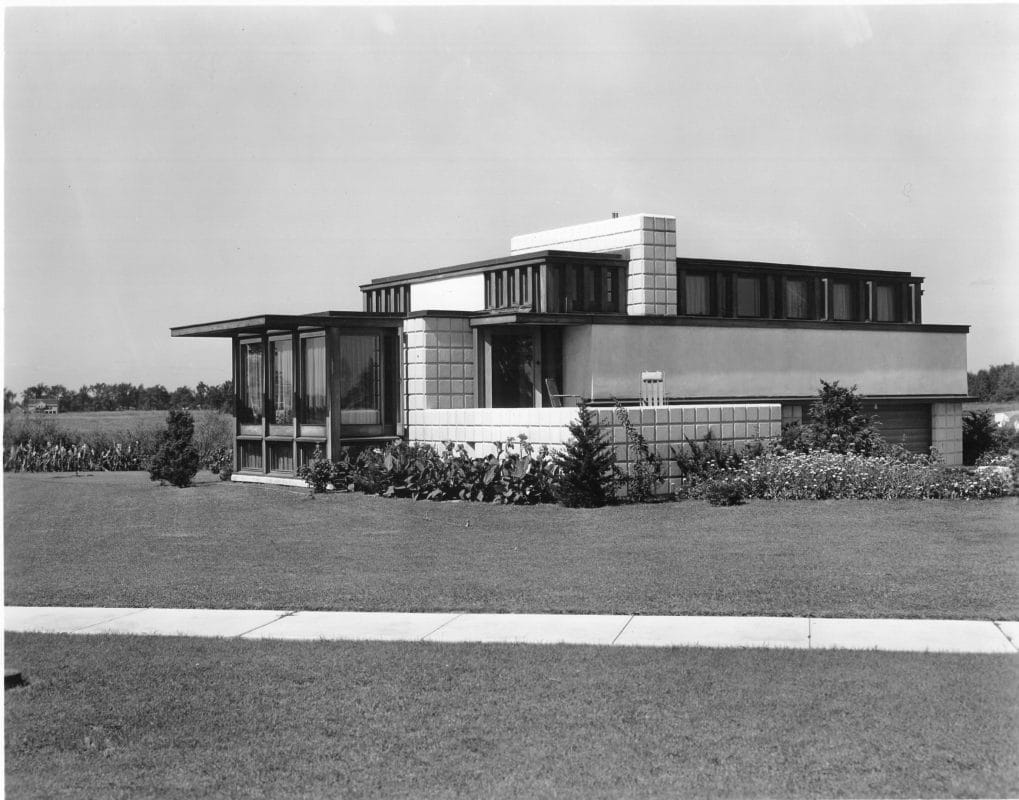 Designed in 1934, the John Whitman residence is one of 13 unit block houses Alden B. Dow built during the 1930’s. But what sets it apart from all the others is the distinction it has for winning for Mr. Dow the Grand Prize for Residential Design at the 1937 Paris Exposition, the same year the Empire State Building and Rockefeller Center won in the Industrial and Commercial categories.

The Whitman Residence beautifully illustrates Mr. Dow’s expertise in merging structure with site. At first the house appears to be one story, submerged into the landscape. The building’s relatively simple exterior of continuous horizontal layering, however, encloses an interior of five levels.

Three bedrooms are at the top level over the entrance and garage. At the lowest level, five steps below the entrance, is the game room. Between these levels are the kitchen, dining room, and maid’s room on one level, and living room on another. An intermediate level between the first and second floors features a sitting room and sun deck. The woodwork inside and out is Louisiana red cypress.

The interior color scheme was prescribed by Mr. Dow. Carpeting throughout the dining and living areas was turquoise and draperies were red with blue. The built-in seat by the living room hearth was covered in striped material combining all the colors of the room. Mustard color linoleum was in the game room, kitchen and maid’s room. In the owner’s bathroom, the specifications called for peach color walls and green fixtures; in the hall bath, the walls were tan and the fixtures lavender.

The John Whitman Residence was added to the National Register of Historic Places in 1989.