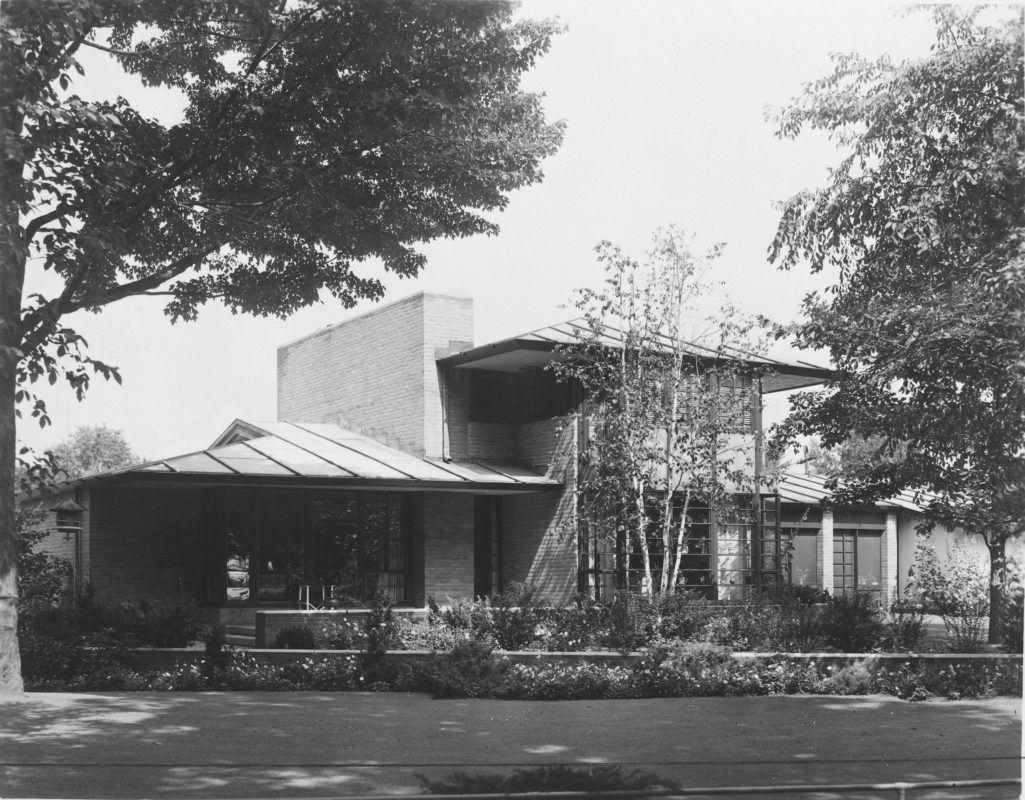 When Alden B. Dow signed on as an apprentice at Taliesin in 1933, he brought a residential commission with him – a house in Midland for Earl and Mae Stein. It was the first job to go through Frank Lloyd Wright’s newly-established apprentice system. Wright’s influence on the young architect’s final design of the house was noted in a letter Mr. Dow wrote to Earl Stein from Taliesin:

“At present I am trying to get these sketches in shape for your final approval. Everyone here likes the house, including the very critical Mr. Wright. He has given me a number of criticisms which have resulted in definite improvements.”

The home displays the classic elements of the Prairie Style, which can be seen in the broad horizontal lines of its elevation, the low fitting copper roof, the large chimney mass, the ribbed copper roof overhangs of six feet or more, and the long narrow loggia leading to the main entryway.

The house is laid out in an extended L floor plan. Serving as a transition space between the two wings on the main floor is the living room, the most dramatic room in the house. The most prominent feature is the brick fireplace with its copper hood and its raked or triangular pattern. The pattern is illuminated through a bird’s mouth window in the roof.

The Earl Stein Residence will be one of the three homes on this fall’s Autumn Reflections tours, scheduled for the first weekend in October.