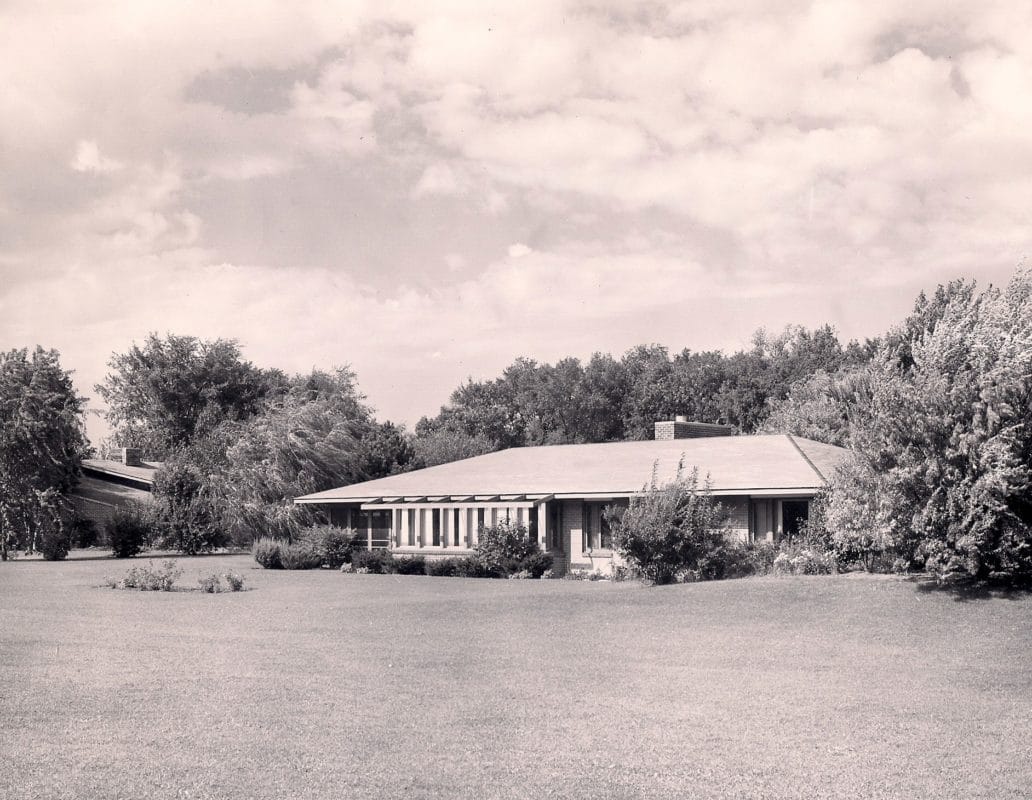 In the spring of 1941, Alden B. Dow prepared a rendering of a proposed home for Charles and Mary Penhaligen and their two children. In the margin of the sketch, he had penciled in the estimated costs. An earlier drawing was for a two story structure, larger and more costly than the Penhaligens desired. The estimated cost of the accepted plan amounted to $15,659; however, as the plans developed some of the costs increased. The contract was signed with the Alden Dow Building Company on June 16, 1941, for the cost of $19,365, with the house to be substantially completed by December 15 of that year.

The Penhaligen residence is located on a cul-de-sac with two other homes designed by Mr. Dow, those for Charles MacCallum and George Greene. The modest, one story three bedroom brick home is laid out on a broad L-shaped plan. The driveway sweeps in front of the house toward a two car garage that extends out at a right angle. The broad overhanging roof covers a walkway that reaches from the garage to the front entry. The roof projects downward over the main section and quickly dissolves into a broad trellis.

The wall separating the garage from the entrance has two sets of four glass blocks arranged in a checkered pattern. The front door is located at the corner of each section of the L-plan. The large front door opens into a hallway, splitting the house into public and private zones. A curved wall directly ahead of the door invites one into the large living room with its rear wall of windows looking south onto the Midland Country Club golf course. Immediately to the right is a comfortable inglenook with a low ceiling, built-in couch, and a brick fireplace.

At the far end of the living room is a screened porch, with the kitchen off to the right. To the left of the entryway, down a narrower hallway are the bedrooms. The two smaller bedrooms are distinguished by curved plaster walls and continuous wood fascia trim set twelve inches below ceiling height.

The Penhaligen residence was placed on the National Register of Historic Places in 2004.