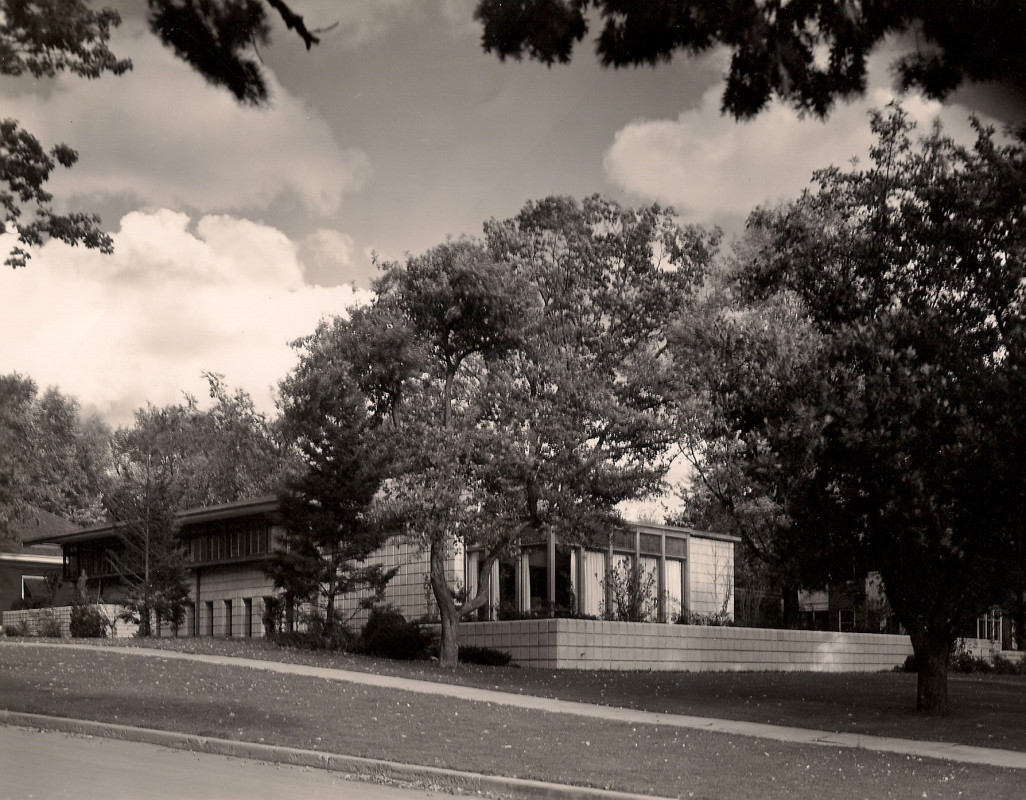 Alden B. Dow began the design for a summer home in Midland for James and Elsa Pardee in January 1936, shortly after Mr. Pardee was elected chairman of the board of the Dow Chemical Company. It would be Mr. Dow’s grandest commission and his most expensive unit block house to date in his young career.

Mr. Dow originally started to design the house using brick veneer, since Mrs. Pardee was not entirely delighted by the idea of living in a cinder block house. To convince her otherwise, he sent her color pencil sketches of a beautiful unit block house, along with a letter explaining his preference for unit block. “They have a much quieter feeling and create a continuity that is very difficult to get with bricks because the bricks do not work into any geometric pattern conforming with window openings and the like.”

Taking advantage of its sloping site on Main Street next to Revere Park, the T-shaped house is 90 feet long. The exterior unfolds in intersecting planes and contrasting materials – glass framed in wood, unit blocks interspersed with glass blocks, and a crown of copper awnings to shade what Mrs. Pardee felt were too many windows.

Interior spaces flow effortlessly from living room on the main level, down to dining room, kitchen and game room on the lower level, and up to the bedrooms on the upper level. The house was fully air-conditioned and steam-heated. Kitchen equipment included a dishwasher, unique in homes of that time. The original house plans also called for a vault and a cold storage area for Mrs. Pardee’s furs.

In addition to drawings and photographs, the Archives display includes the issue of Life magazine from 1937 with the story, “Midland, Michigan Leads the Way in Private Housing” that featured the Pardee residence.