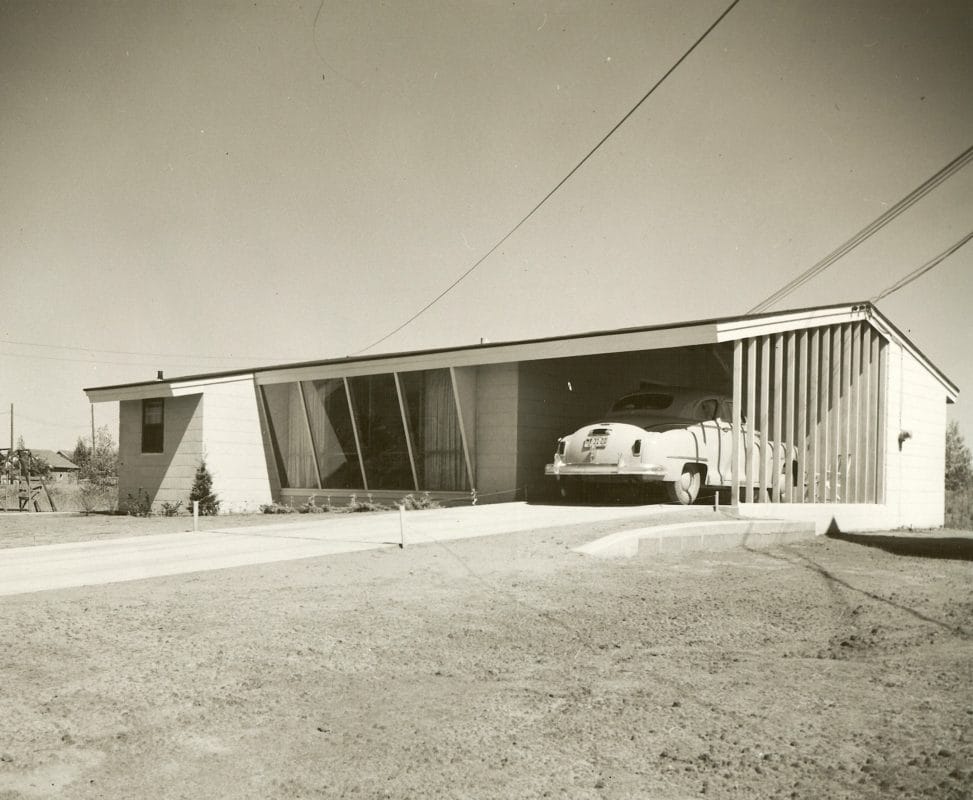 Originally known as Small House #100, this is an example of one of Mr. Dow’s low-cost houses designed for veterans returning from World War II. Charles Bachman’s son and his family lived in the house from 1951 to 1960.
It is a three-bedroom house with no basement. Instead, there is a crawl space under the house, where the furnace is suspended. The front windows of the house are sloped outward, ingeniously increasing the real and perceived feeling of spaciousness without having to enlarge the footprint. Planned to cost $5,000, the house unfortunately ended up at twice that amount.